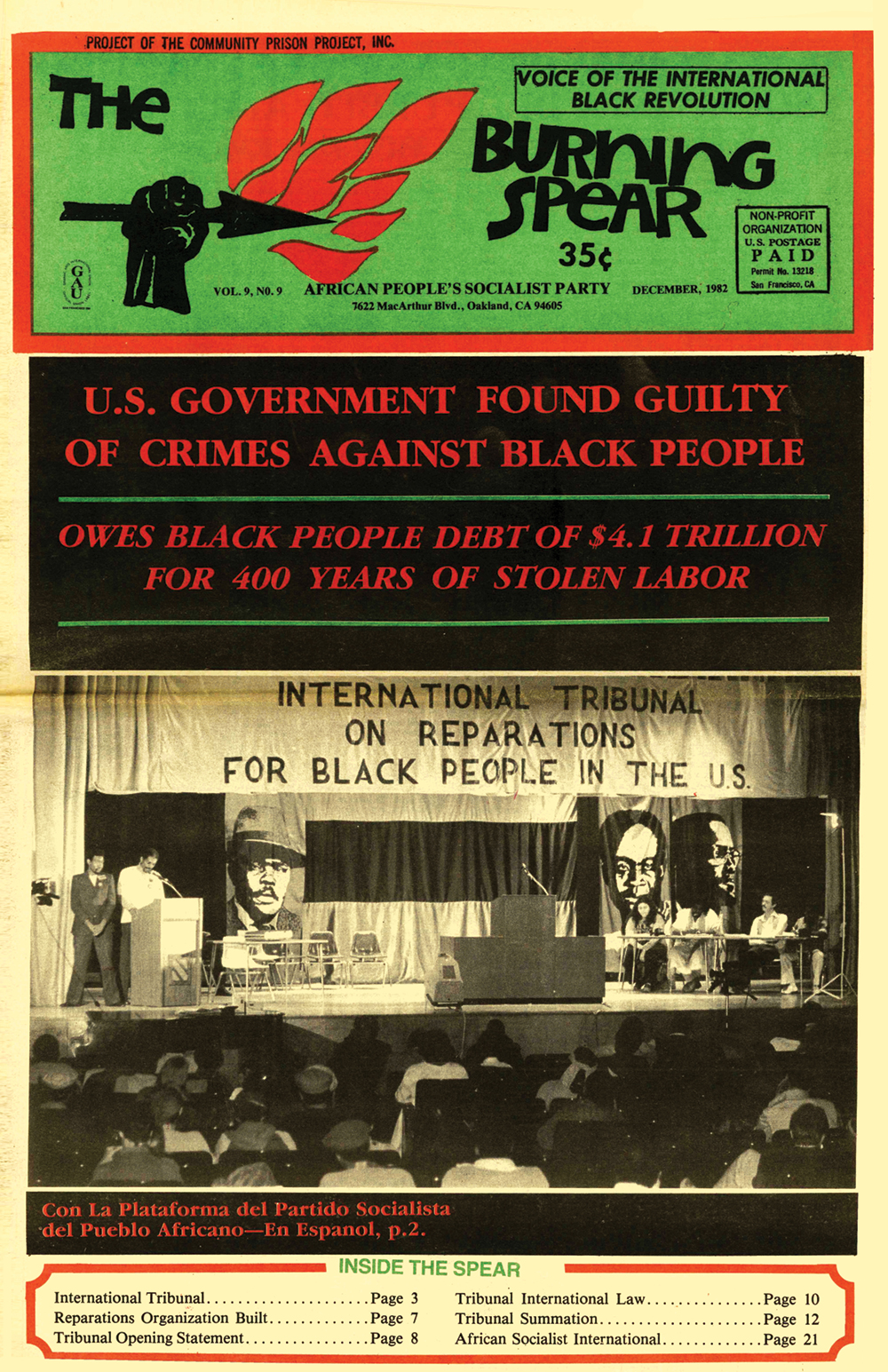 Reproduction of the cover of the December 1982 issue of The Burning Spear newspaper, featuring coverage of the first World Tribunal on Reparations for African People, organized by the African People's Socialist Party and held in Brooklyn, New York. The verdict of the Tribunal, which was held on the basis of international law that allows an oppressed people to bring their case before the world arena, was that the U.S. is guilty of genocide and the enslavement of African people, which built the wealth of the U.S. The Tribunal called for $4.1 trillion to be paid by the U.S. to African people based on the wealth accumulated from stolen enslaved and underpaid labor of African people. Eleven subsequent sessions of the tribunal have been held since then. Size: 11" x 17"