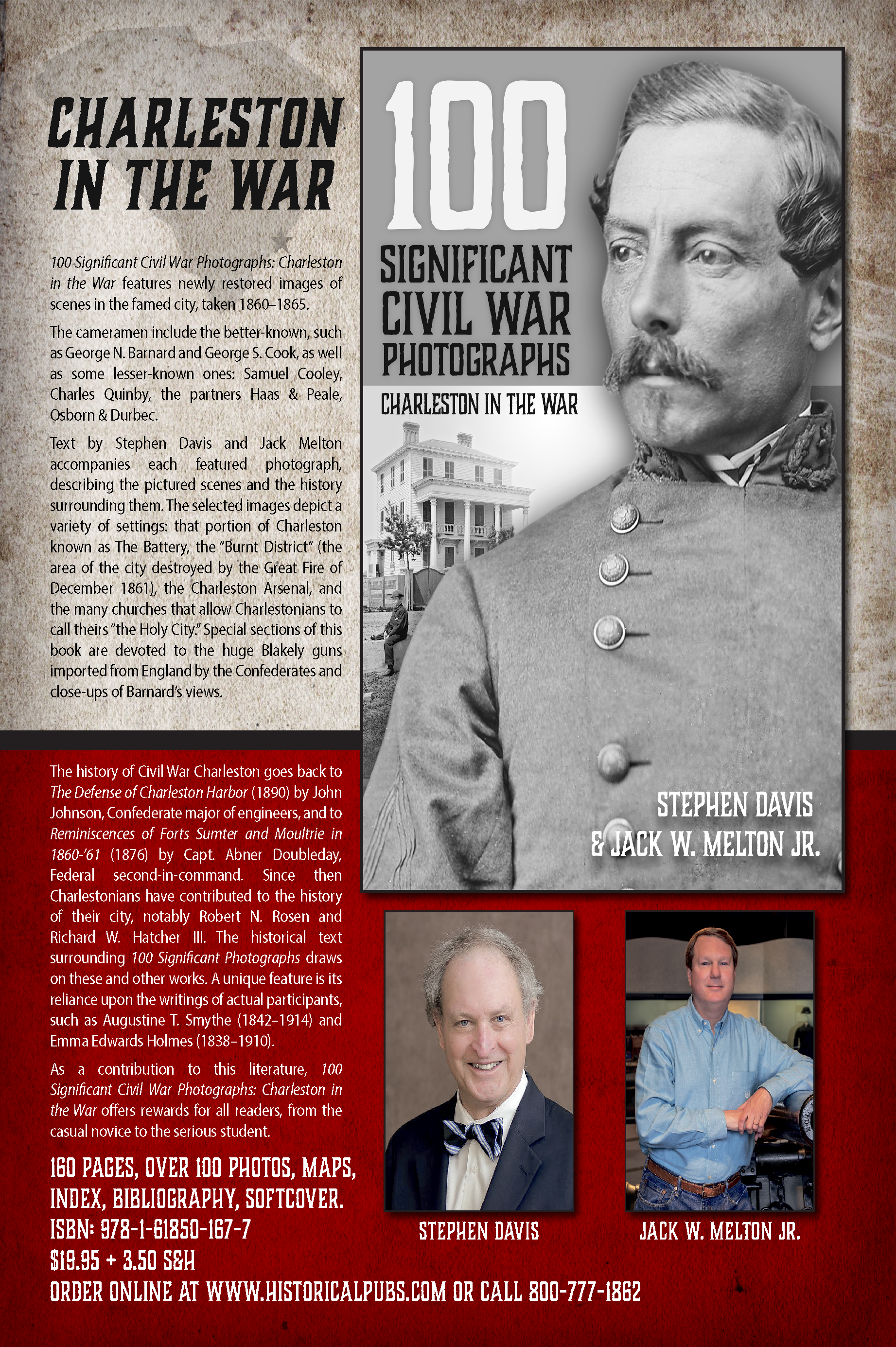 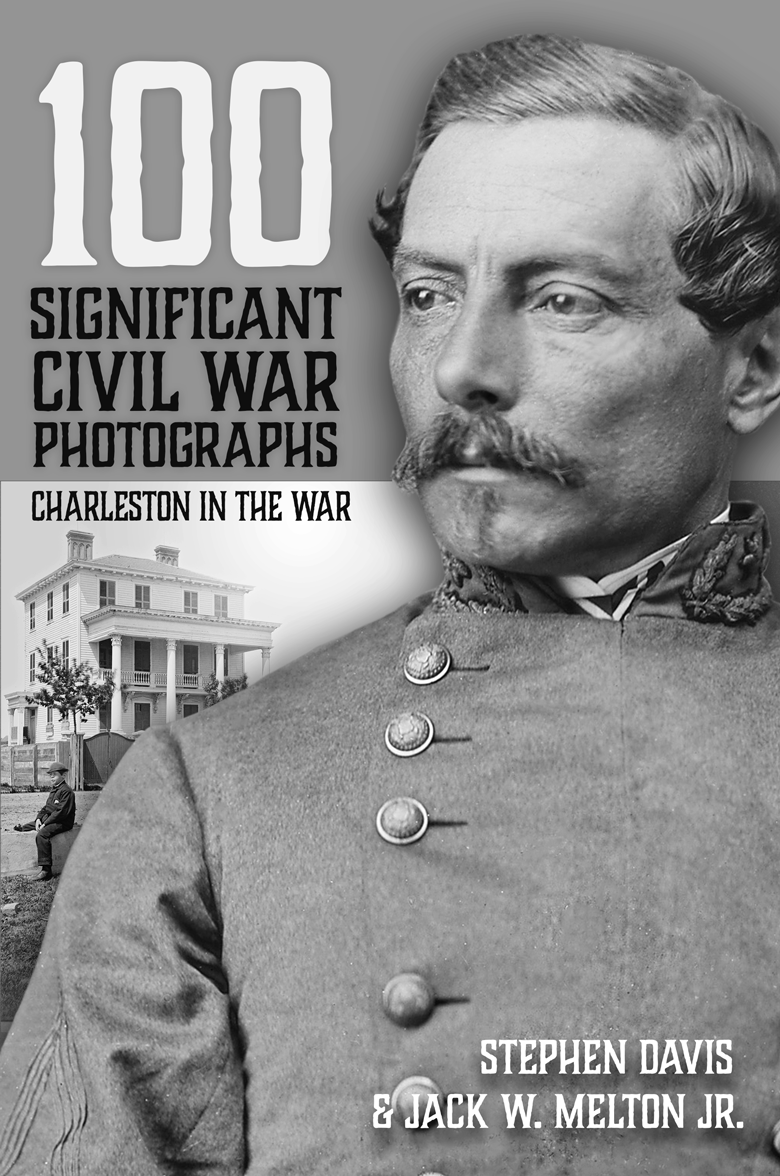 100 Significant Civil War Photographs: Charleston in the War features newly restored images of scenes in the famed city, taken 1860–1865. The cameramen include the better-known, such as George N. Barnard and George S. Cook, as well as some lesser-known ones: Samuel Cooley, Charles Quinby, the partners Haas & Peale, Osborn & Durbec. Text by Stephen Davis and Jack Melton accompanies each featured photograph, describing the pictured scenes and the history surrounding them. The selected images depict a variety of settings: that portion of Charleston known as The Battery, the “Burnt District” (the area of the city destroyed by the Great Fire of December 1861), the Charleston Arsenal, and the many churches that allow Charlestonians to call theirs “the Holy City.” Special sections of this book are devoted to the huge Blakely guns imported from England by the Confederates and close-ups of Barnard’s views.